History of the FACA 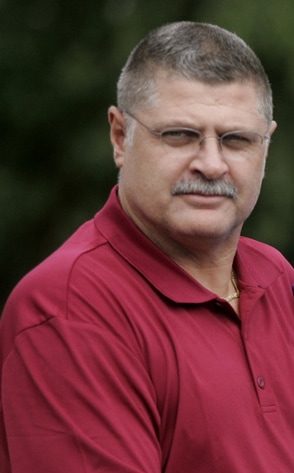 Shelton Crews - FACA Executive Director
The Florida Athletic Coaches association was founded in 1936 by a group of head coaches in the member schools of the Big Ten Athletic Conference. The Big Ten spanned the state from Jacksonville to Tampa and Miami and encompassed the largest schools in the state.

The FACA, from its' inception until the late '50's, held its' annual meetings in conjunction with the spring state convention of the Florida Education Association in Miami Beach, Tampa, or Jacksonville.

A.P. Pierson of St. Augustine was the first FACA President. A scan of the President's roster over the 60-plus year history shows a great geographic spread of FACA leadership. This includes large, small, urban and rural schools with all sports having been represented on the roster of FACA officers.

Membership in the association ranged in the 150-250 area until 1956 when Whitey McLucas reported a record 283 members. During Carey McDonald's years the association grew to over 1,200 members and now over thirty years later annual membership has reached over 6,000.  Due to the economy in 2007 our membership dipped but over the past 2 years it has rebounded and we are growing again.  We are on schedule to be 5300+ members in 2011-2012.

The FACA sponsored its first Summer Clinic and All-Star Football Game in 1949 at the Jacksonville Naval Air Station. The Clinic and All-Star Football and Basketball Games continued through the years with Jacksonville, Miami and Gainesville as the sites. The Clinic and Games settled into the University of Florida at Gainesville in the mid '50's with a successful program until the late '70's. When the FHSAA withdrew sanction from the All-Star Games in 1979, the FACA picked up total control of the state All-Star program. The FACA currently sponsors All-Star events in football, boys & girls basketball, boys & girls cross country, boys & girls soccer, baseball, flag football, tennis, softball, and volleyball.

Guest lecturers at the FACA Clinics over the years represent a Who's Who in American Sports…Bear Bryant, Frank Leahy, Bobby Dodd, Adolph Rupp, Jack Nicklaus, Bobby Richardson and on and on! The All-Star Game rosters have been filled with All-Americans and All-Pros.
Special attention in any historical sketch of the FACA must be given to its dominant role in the inauguration of the state football championship playoff system. The Association led the statewide battle to start the playoffs and the struggle with the FHSAA lasted eight years. Finally, the first state football championships were initiated in 1962. The FACA was persistent and convinced the Florida High School Activities Association that the playoffs were a sound educational experience for the players as well as a great boost for Florida high school football. Florida football at the prep level is now recognized as the fines in America.

The FACA leadership structure was loosely drawn in the early years due to the Big Ten Conference power base. The Association moved from 8 districts to 12 districts in the '50's and '60's, to 16 districts in the '70's, 20 districts in the 80’s & 90’s and now has 24 districts. The late '50's saw the implementation of the State wide sports committee structure with the addition of district-level committees in the late '60's. The FACA organizational structure has served as model for many other state coaches associations across the country.

The "Florida Coach" became the official state publication of the FACA in the '60's. The "Coach" was published bi-monthly.  Due to a website and the internet we no longer publish the “Florida Coach”.

Since its' beginning in 1936, the FACA has matured to a full-fledged powerful organization. High school coaches all over the state can point with pride and say, “I am a member of the FACA."